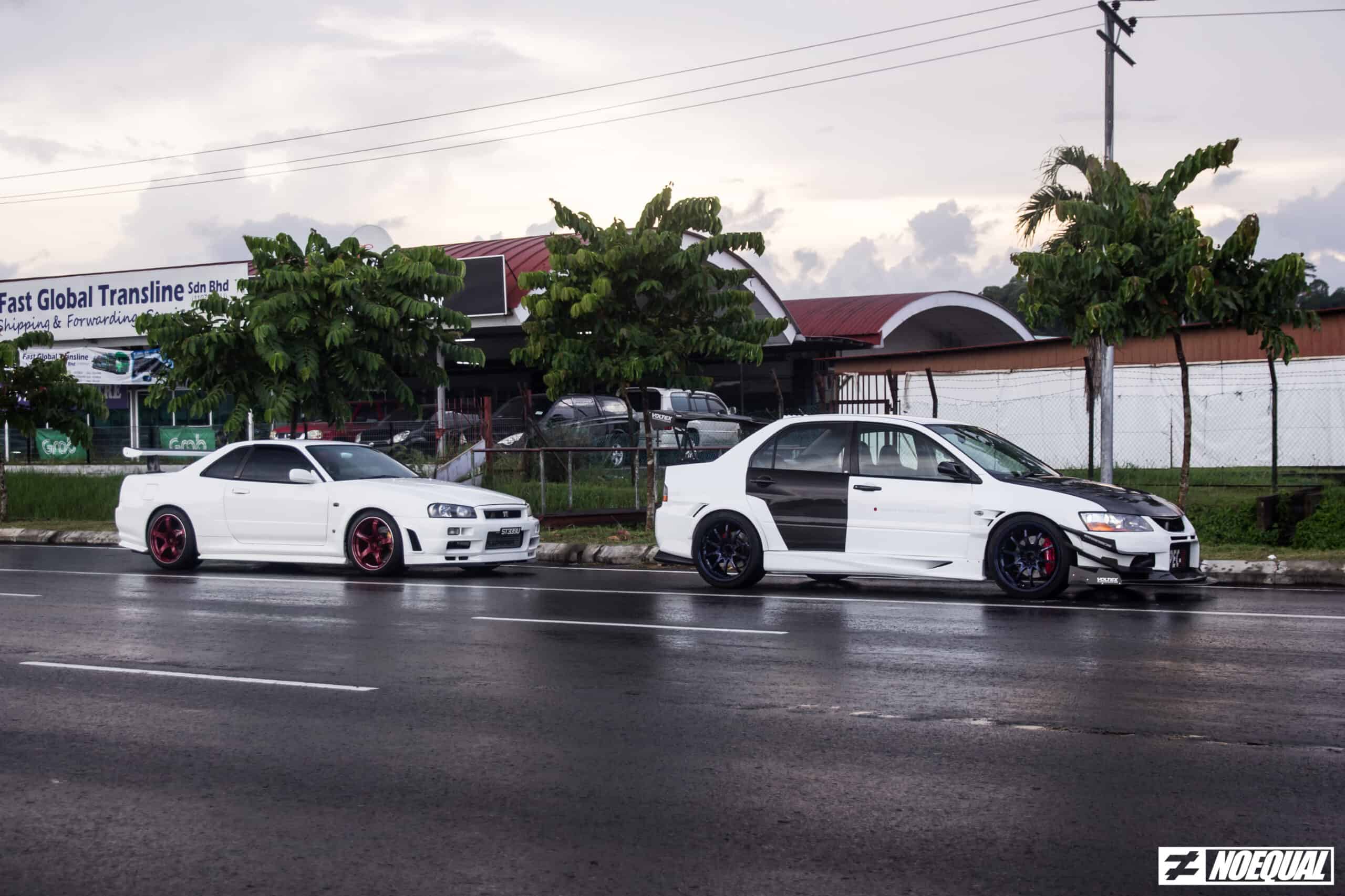 Honestly, I’m upset. I have been for a while. I’m utterly disgusted by how the market has gone completely upside down in the last 12-18 months. We’ve been seeing an upward trend of market value on these JDM cars, and honestly, at first it was rising because of the appreciation of the golden era. But now… the market has brought the bitcoin mentality to the world.

These JDM cars are popular, because it was once an amazing driving experience at an “affordable” price. And because it was so affordable, it opened the floodgates to the world of tuning to further unlock the true potential of these cars on both Track & Streets. It’s brought a whole culture to the world through automotive and this made the experience of owning these cars different, and ultimately defined the way we love our cars today too. If you’ve owned or driven a stock BNR34 with it’s RB26, you will realise that the car feels heavy, slow, and honestly pretty clunky and gutless to drive. Anything below 4000rpm, an R34 feels pretty slow not just by today’s standards but even back in the mid-2000s in comparison to the equivalent in-line 6 of BMW’s S54 engine. If you’re looking for performance out of the box from these JDM cars, I hate to burst your bubble, but you ain’t finding it without taking your expensive JDM to the next performance level. The term “Affordable” now means paying 6-7 figure money for what is essentially basic performance of a 300hp car. They’re not worth the money. I’ve driven these cars. And I will tell you right off the bat, you’re going to be wasting your time. But what’s the buzz all about then?

If we study the market around 5 years ago, collectors began to slowly buy these cars because of investment opportunity. Many of these JDM-only cars like the Skyline GT-Rs, the Silvia S15, and a few other Japanese variants were slowly hitting the 25 year mark, unlocking the ability to own these cars for the US market. This is an open-truth, you and I both know this. The prices have been on an upward trend, and like any wise person on this earth, it is an opportunity cost to not jump into it quick – a bit like Bitcoin.

But getting into the game now is completely stupid. The prices have skyrocketed in the last 18 months during this Covid-19 pandemic, and it’s funny thinking how those that are willing to spend big-money on these cars aren’t probably even JDM enthusiasts to begin with. They’re mostly just guys with money to throw, in hope to make a bit of difference after 6-12 months and at the same time, enjoy the ownership in between. It’s all dollars and cents, and car collectors with big money will be ready to jump into it, make the difference, and get out of the market before the bubble burst!

Locally, these cars are published at prices like the Japan/US market. Now I applaud these guys for knowing how to use the internet, but truthfully, is our market even capable of it? Heard of the term – “Willing Buyer, Willing Seller” ? You can publish your overzealous prices up for these cars, sugarcoat all you want but until a sale is made your price is just a numerical figure published on Facebook/Mudah.my. Not ignoring of course, some of those crazy trades but I think they’re just one-offs for those that say – “demo kenal bare”.

Case Study Example – Aircooled Porsche 911 market circa 2015. If you adore Porsche 911s then you might remember the buzz where Aircooled 911s was going on an upward trend some years ago, folding crazily almost overnight. And just like how the JDM market is right now, people who weren’t even 911 fans jumped into it. It was a global phenomenon and eventually, our local market followed as the prices in the US and UK grew. But the prices softened drastically today, and it’s a pity that those that jumped into it late in fact, lost money. Yes, some of the cars did keep it’s price high but only for the ultra-rare limited models like the Carrera RS or Turbo S that were made in much limited numbers. Even then, it didn’t go for as high as it did in circa 2017-2018 compared to today.

SO will this be the case for some of these JDM cars? Personally, I think so. Like everything that sparks people’s intuition to invest, the bubble will eventually burst. But time will tell. Is there such thing as a “market price”?

Factually – No! Like I said… it is willing buyer and willing seller. With the way things are going right now, the prices of these cars are dictated on the condition and modification parts done on the car, plus the fact that brand new and even replacement parts are getting rarer by the day. Not all manufacturers are reproducing parts for some of these JDM cars, but we’re glad to see too that this has opened up a whole new market.

How the prices of these cars began to rise at start was also because a fully restored JDM car (or for that matter, any car) would hold value with the work effort and parts put into it. People began to pay premium for these restored or restomodded cars because it saves them the heart pain of going through the years of a bare chassis parked in a workshop. But today, the game is different because there are people who actually are willing to pay big money for modified gems too. Although a low-mileage example would hold value, the modified or resto-modified example could fetch quite a bit of cash because of the rarity of parts.

Buying and selling these cars have nothing to do with value anymore. Truthfully, no one is truly playing these cars now out of hobby alone. If you have the money, and you’re willing to pay for “THE BEST OF THE BEST” iteration out there in the market, you’ll be more than willing to pay the 40%-50% premium for a similar car.

I’m sure 20 years ago when the prices of Ferrari F40s, McLaren F1s, and some of the exquisitely rare metal were going up, people had the same sentiment. Let’s not even talk about the Ferrari 250 GTO from the 60s. Today they fetch so much value, that they never see the light of day; only owned by the rich and powerful as pieces of art. It is always bought with emotion rather than sense. So if you think about it – there is NO such thing as a “market value”.

Where does this leave us car guys?

The way things are going, we’re not going to be the people who buy these cars probably. Nope. I’m telling you right now, if you’re smart and you know your cars then you’re not going to spend a quarter of a million ringgit on a Mitsubishi Evo or Subaru Impreza. And you’re not going to put your RM1 million on a Nissan Skyline GT-R even if you have the money. Because they’re not worth that money, no matter what the internet says. Yes, they won’t depreciate but they’re not going to give you the same sense of performance and enjoyment from behind the wheel either. What you get truly, is the opportunity to park your money on what was once a depreciating asset, enjoy it for a while and hope to at least not lose any money in the process. If you’ve driven these JDM cars, experienced them one way or another, you’ll know that it makes no sense to spend Supercar money on a Japanese box.

If I had the same money to throw on that stupidly expensive RM2 million BNR34 V-Spec II Nür, I would buy myself a Porsche 911 GT3RS which is proven to be faster and better in every way, at the same time, won’t even lose the money that you throw at it too. Or what most car guys would do is to find the next best thing – in the region of sub-RM100k in today’s money.

Let’s be honest, car guys don’t really care about value or prices. We’re oblivious and stupid that way because we like things that make no sense. A sensible purchase is not a good thing to have in our lives. We want to make bad choices, and stick to it to make it better. And right now, buying expensive JDM cars seems “sensible” because it’s going to make money! That’s not good. We don’t care if the price of a car goes up. What we want is a car that we can drive, enjoy, and adore when we’re tired, stressed, and in need of a getaway. We channel our emotions through driving.

The only thing I find sad is the fact that, if the prices of these cars keep holding on the way it is today then the likelihood of us seeing these cars on the road more often will reduce drastically. Which is the saddest thing to hear, like taking beauty out of the eyes in this world.