There are a couple of reasons to tune in to Goodwood Festival of Speed. Other than to witness at great motorsport legends being driven on the hillclimb course, it is also the spot to present certain cars to the public, like how Ford recently did where they showcased their new Puma Rally1 Hybrid Prototype. That is right. We will soon usher in the era of hybrid rallying machines in the WRC, and this is M-Sport Ford World Rally Team’s entry into 2022. This new rally machine is powered by a turbocharged 1.6-liter EcoBoost petrol engine which is paired with a 100kW electric motor that gets its power from a 3.9kWh battery. The Puma Rally1 machine will be doing demos at Goodwood’s famous hillclimb from July 8-10. It will be driven by M-Sport Ford WRC driver Adrien Fourmaux and M-Sport Ford test driver Matthew Wilson. The car will then be used as a development platform ahead of the 2022 season.

“Ford is 100 per cent committed to an electrified future, and the white heat of competition has been responsible for many of the innovations that appear in our road cars today,” said Mark Rushbrook, global director, Ford Performance. “The M-Sport Ford Puma Rally1 will put hybrid power to the ultimate test, and prove that the technology is capable of delivering thrilling performance.”

The hybrid system found in the Puma Rally1 operates using the same principals as its road-going counterpart. The powertrain will capture energy normally lost during braking and coasting and stores them in a battery. This can be used to either provide multiple boosts during competitive driving, or even driving through towns or parks between stages using pure electric power. 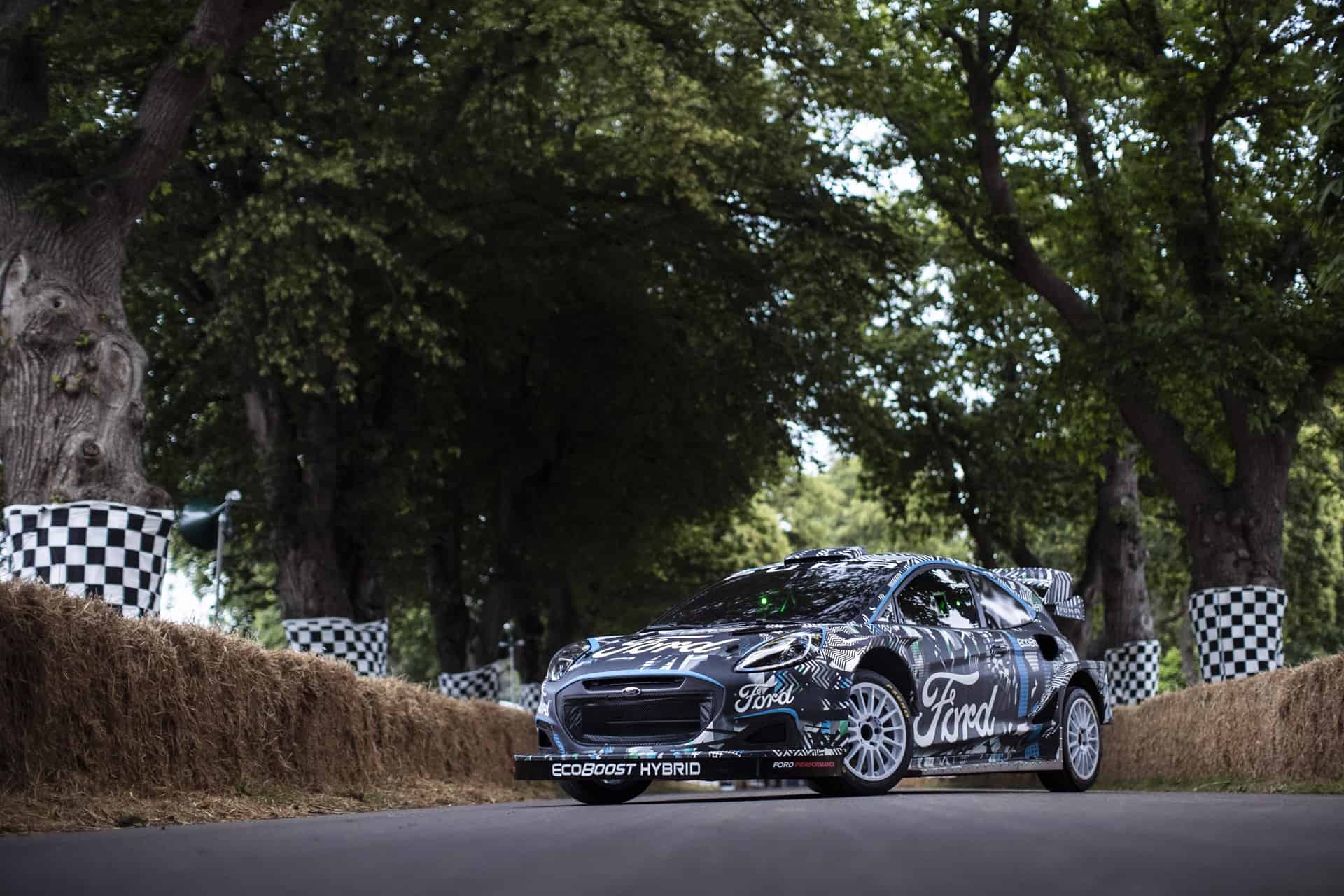 The battery could also be recharged using an external power source at service points between stages. The charging takes about 25 minutes and the 95kg hybrid system is housed in a ballistic-strength casing designed to withstand the impact of debris and g-forces in the event of an accident.